Six NAMRIA bikers joined the 2nd National Bicycle Day event which was held on 22 November  2015. The event’s theme was “Shifting towards a Bicycle- and Pedestrian-Friendly Philippines.”  It aims to promote a non-motorized means of transportation for a cleaner environment.  Bike rides were simultaneously held in 90 locations across participating cities and provinces of Aklan, Baguio City, Davao City, Ilocos Sur, Metro Manila, Misamis Occidental, Naga City, and Occidental Mindoro. There were two routes for Metro Manila, the north route and the south route. 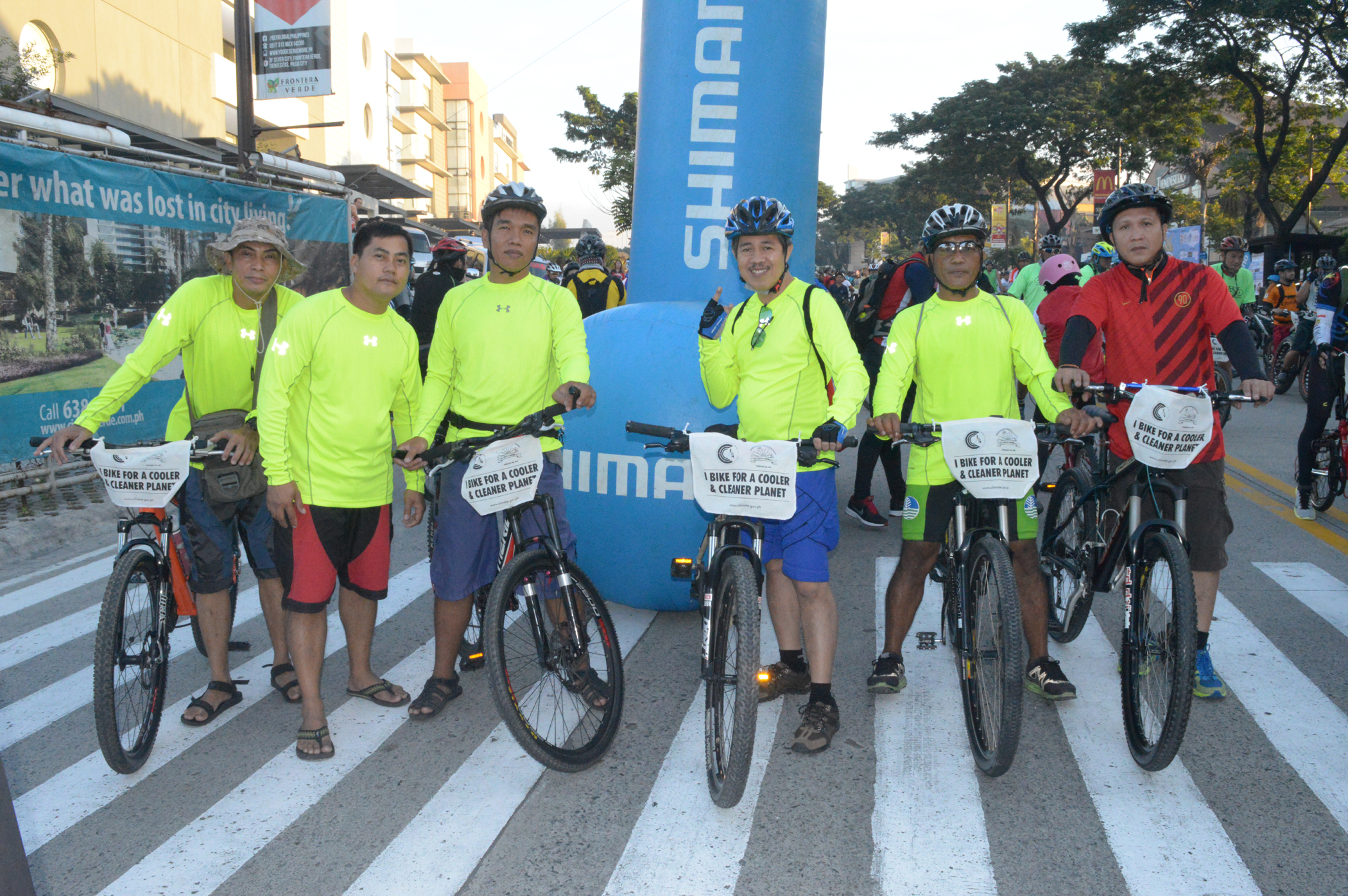 NAMRIA bikers at the starting and finish line of Tiendesitas Complex, Pasig City

The NAMRIA bikers joined the south route with a distance of 50 kilometers which  started and ended at the Tiendesitas Complex in Pasig City, traversing through the cities of Pasig, Makati, Mandaluyong, Las Piñas, Pasay, Parañaque, Muntinlupa, and Taguig.  During the tour,  NAMRIA driver Cristito C. Pesado provided logistical support to the bikers.
The event was organized by DENR and the National Bicycle Organization.