In view of the ongoing pandemic, NAMRIA held its year-end assembly online last 18 December.  The activities of the virtual event were scaled down to adhere to health and safety protocols of the Inter-Agency Task Force (IATF) for the Management of Emerging Infectious Diseases.
The Geospatial Information System Management Branch (GISMB) served as the branch host for this year’s assembly.  The theme Tuloy na Tuloy Pa Rin Ang Pasko highlighted the Christmas season messages of compassion and unity.  The event provided officials and employees some semblance of normalcy amid the adversities brought by COVID-19. 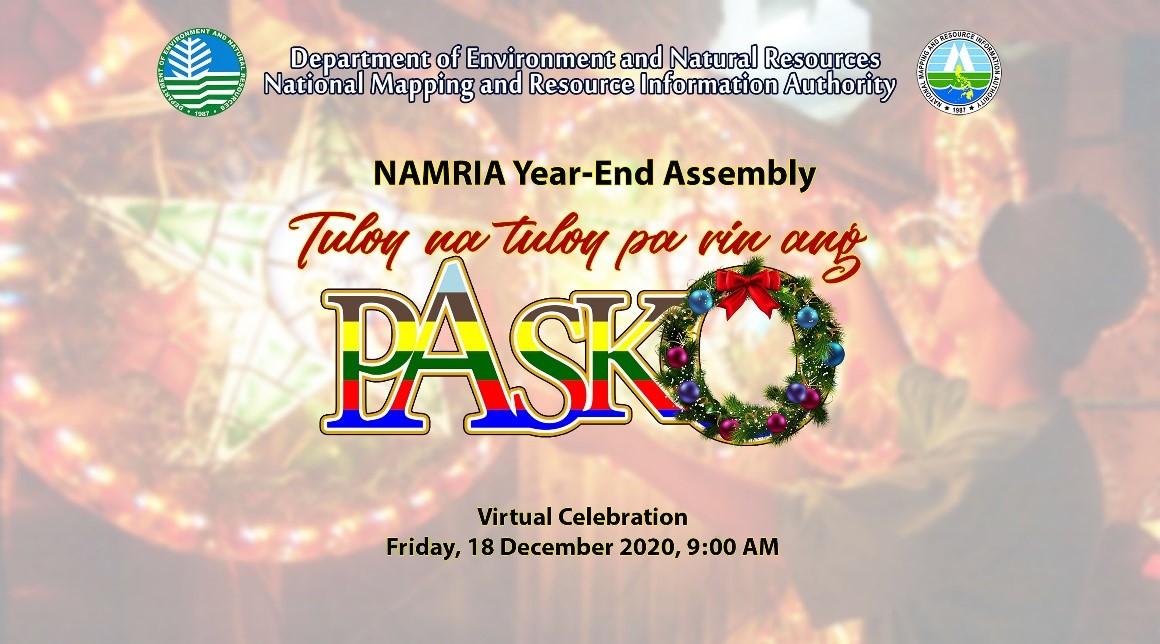 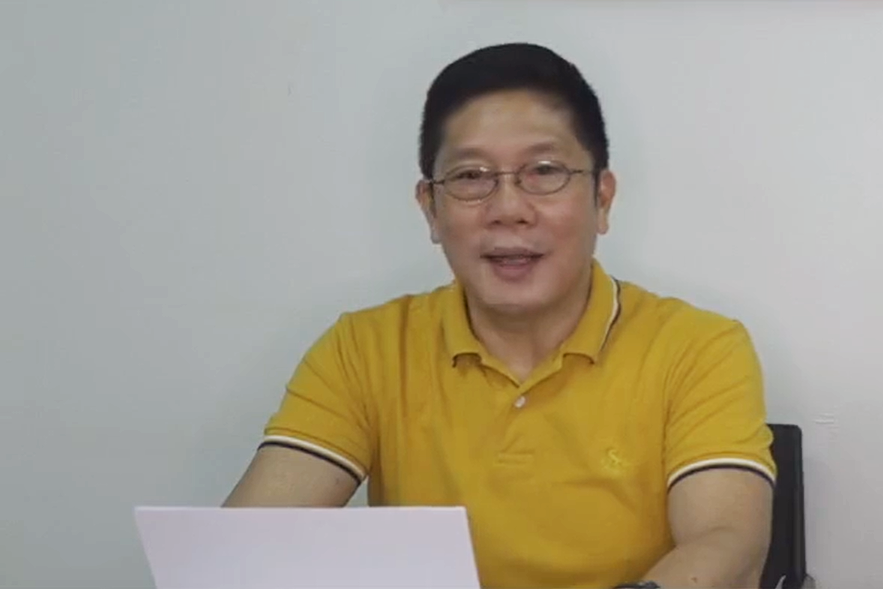 GISMB Director Fabic delivers the welcome remarks.
There were messages for the event from NAMRIA Deputy Administrators (DA) Jose C. Cabanayan, Jr. and Efren P. Carandang.  DA Cabanayan acknowledged the resilience and camaraderie of all NAMRIA employees, which resulted in the accomplishments, accolades, certifications, and recognitions received by the agency this year.  The establishment of stronger ties with the agency’s constituents and partners was the focus of DA Carandang’s message, resulting from the teamwork and compassion of all NAMRIA employees. 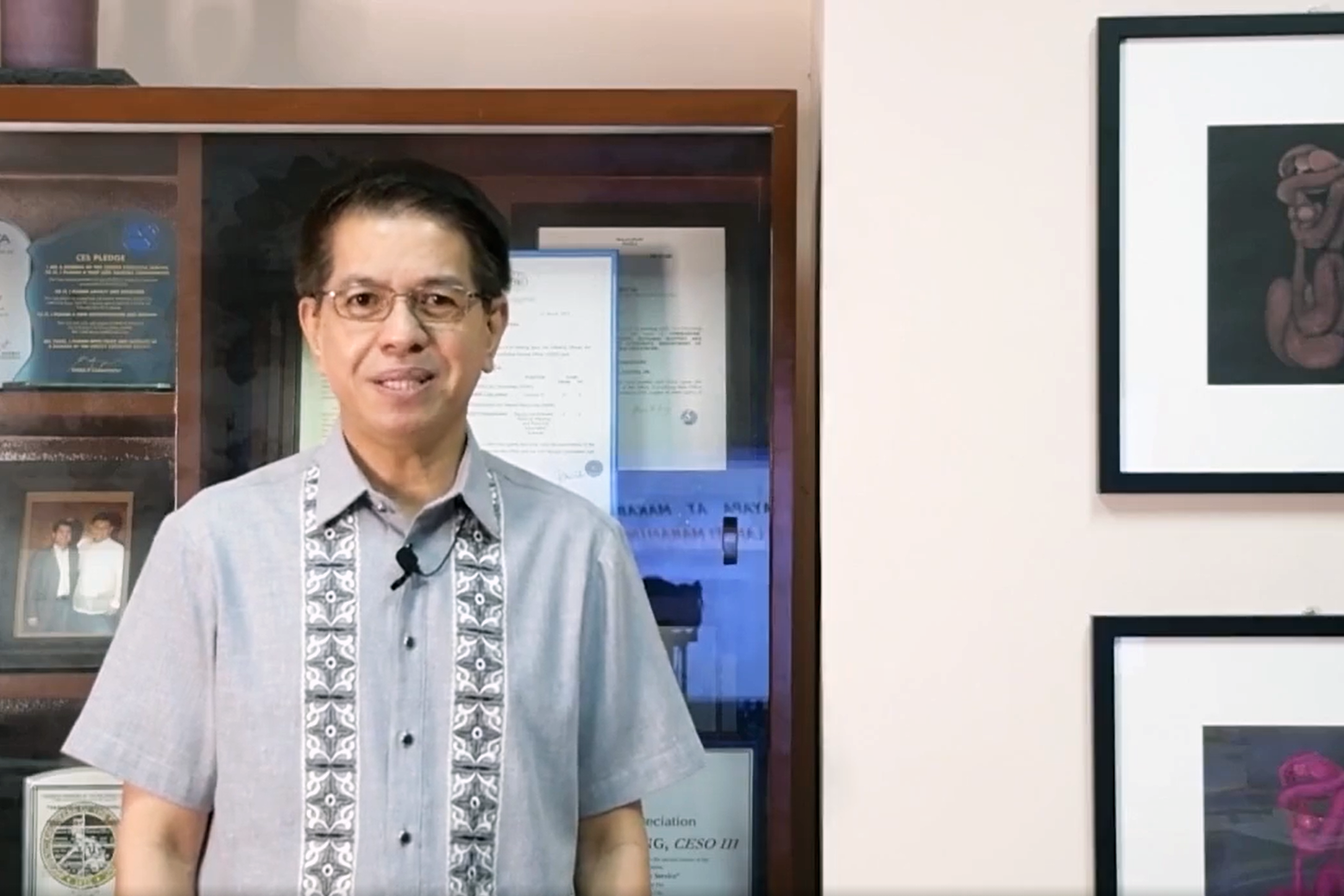 DAs Cabanayan and Carandang deliver their respective messages.
DENR Secretary Roy A. Cimatu delivered his inspirational message as the event’s Guest of Honor.  He was introduced by NAMRIA Administrator, Usec. Peter N. Tiangco, PhD.  Secretary Cimatu extended his appreciation to the agency, saying that NAMRIA has been instrumental in the achievements of the DENR, with the extensive use of maps, charts, and other geospatial information in all of its priority programs. 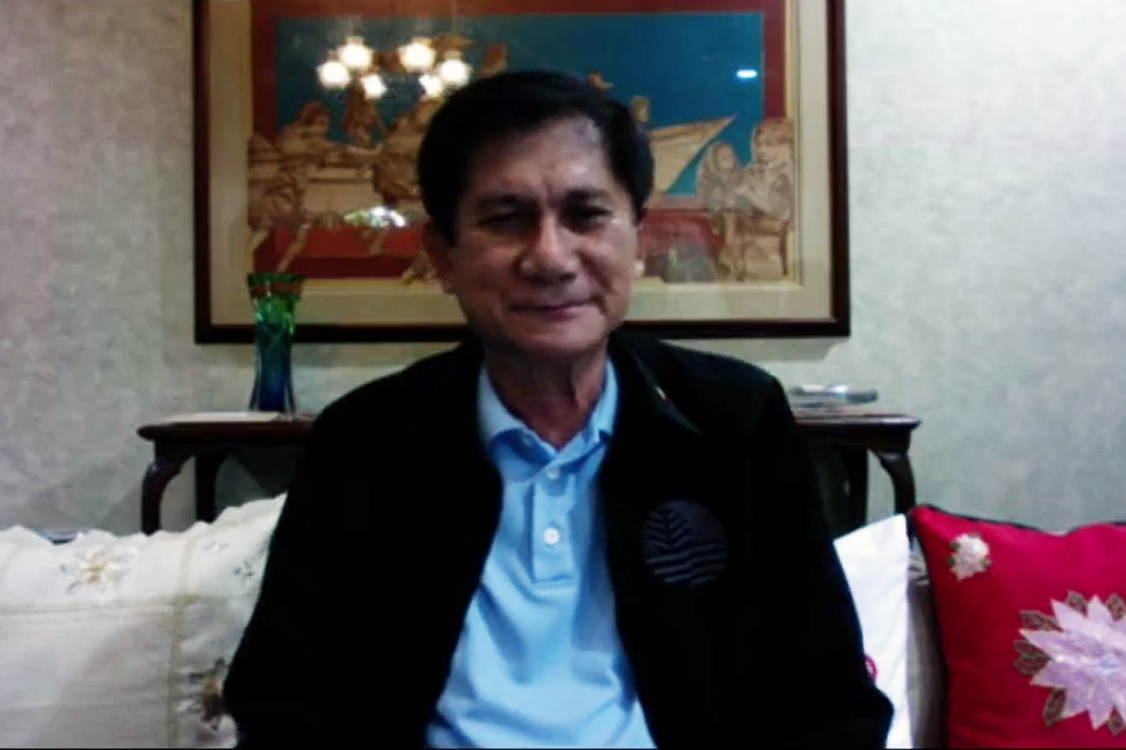 Secretary Cimatu delivers his inspirational message as the event’s Guest of Honor.
After the messages, the NAMRIA Year-End ID 2020 was showcased on livestreaming platforms.  The employees were treated to an online entertainment number from the NAMRIA Chorale.  There were also online raffle draws. The NAMRIA Chorale performs a Christmas song.
The best practices among selected projects in NAMRIA were recognized as part of the program’s Appreciation Hour. Various projects were acknowledged, including the COVID-19 Map App of GISMB; the Mapping of Safe Open Spaces (SOS) and Flood Extent of the Resource Data Analysis Branch (RDAB); and the Development of the Philippine Online Maritime Safety Information System (POMSIS) and the Drafting of the NAMRIA Standards for Hydrographic Surveys of the Hydrography Branch (HB).  A special tribute was also given to RDAB Director Rijaldia N. Santos, who will be retiring from government service at the end of the year.
In his closing message, Administrator Tiangco gave words of appreciation and encouragement to NAMRIA employees.  Despite the uncertainties and difficulties of the past year, he reminded NAMRIAns to hold on to hope and the promise of better days to come.  He also cited the agency’s major accomplishments, including NAMRIA’s re-certification to ISO 9001:2015 for Mapping and Geospatial Information Management Standards; international engagements with the United Nations Committee of Experts on Global Geospatial Information Management; local partnership efforts with the Philippine Statistics Authority and the Commission on Audit; the NAMRIA COVID Map App, in collaboration with the Department of Health; in November, serving as resource person for the inaugural press conference of the National Task Force for the West Philippine Sea; continuing to promote the country’s maritime and territorial interests by extending technical assistance to the Task Force and its member-agencies; and the generation of flood extent maps of Cagayan and Isabela provinces with the onslaught of Typhoon Ulysses. 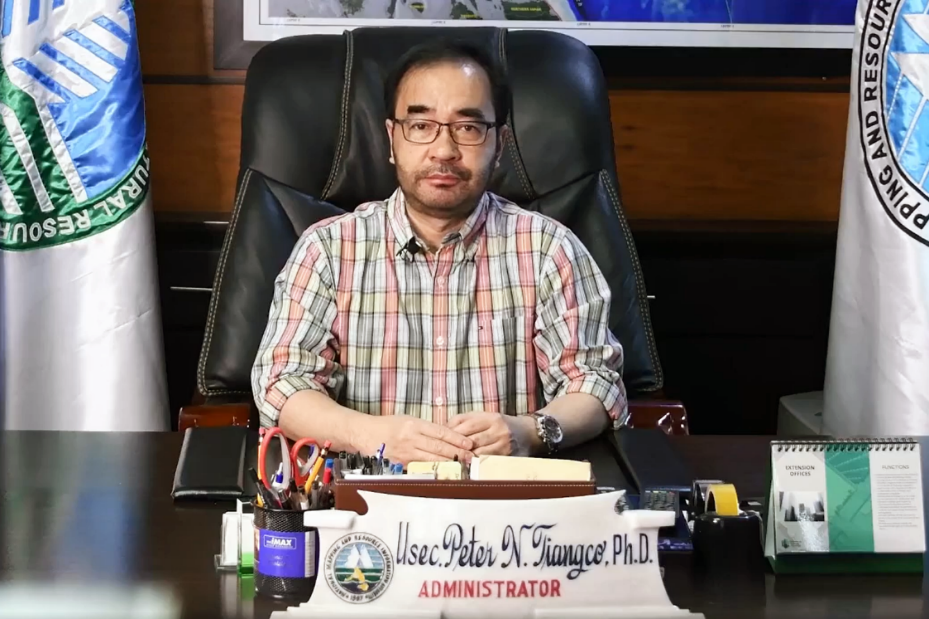 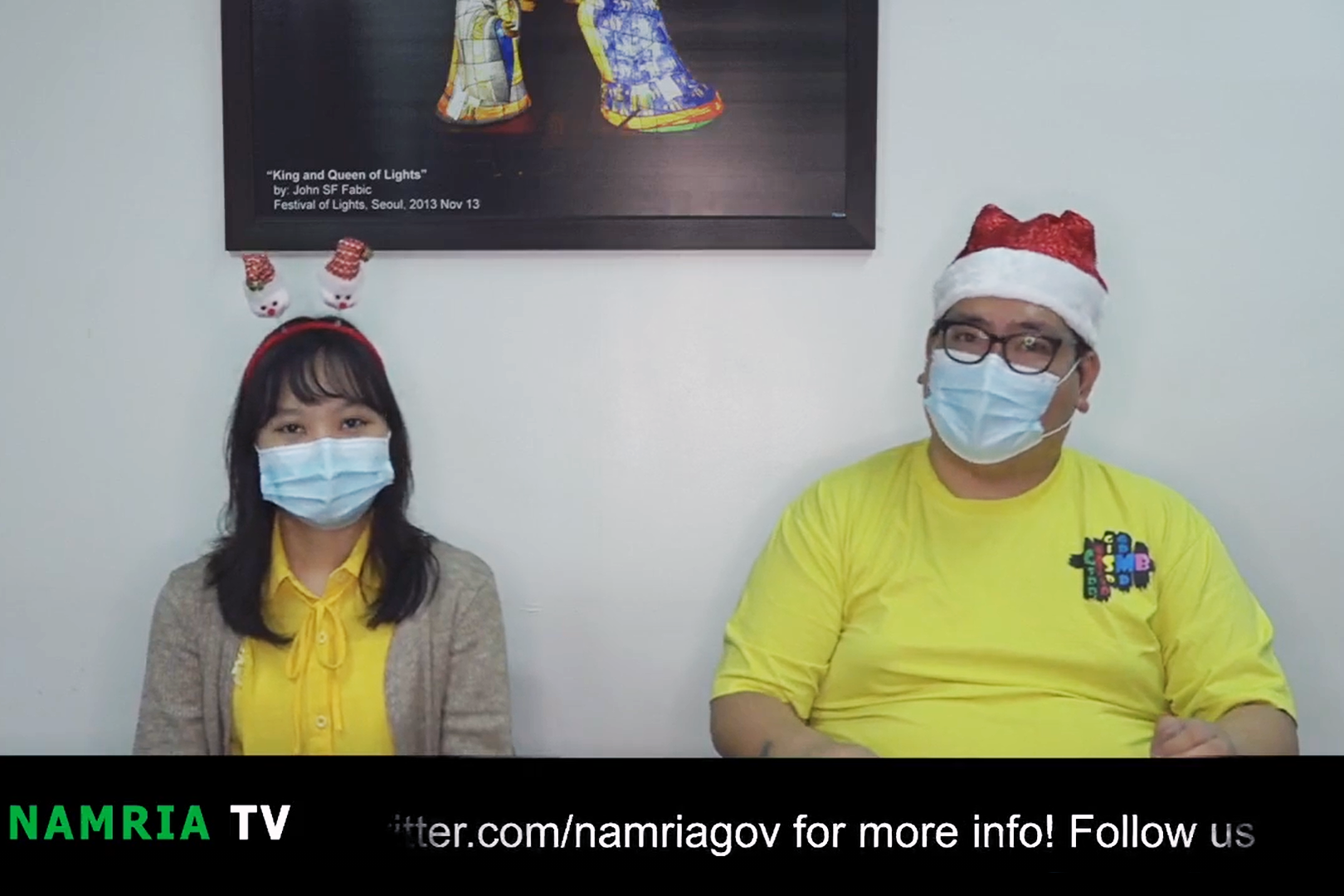