The NAMRIA Provident Fund (NPF) held a virtual General Assembly (GA) on 25 September 2020, its first since the fund’s inception in 2014.  This year’s virtual GA was organized to discuss the Chairperson of the Board of Trustees’ Report and to update the members of the 2019 NPF financial status.  The event was the venue for the oath-taking of newly-elected and -appointed officers of the NPF, with the oath-taking administered by NAMRIA Administrator, Usec. Peter N. Tiangco, PhD. 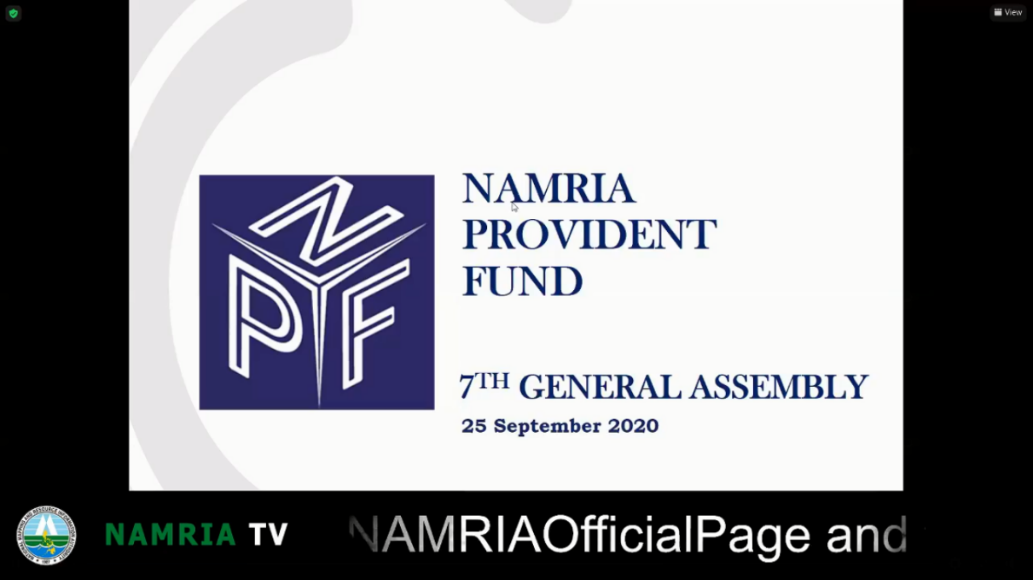 The ougtgoing and incoming officers of the NPF 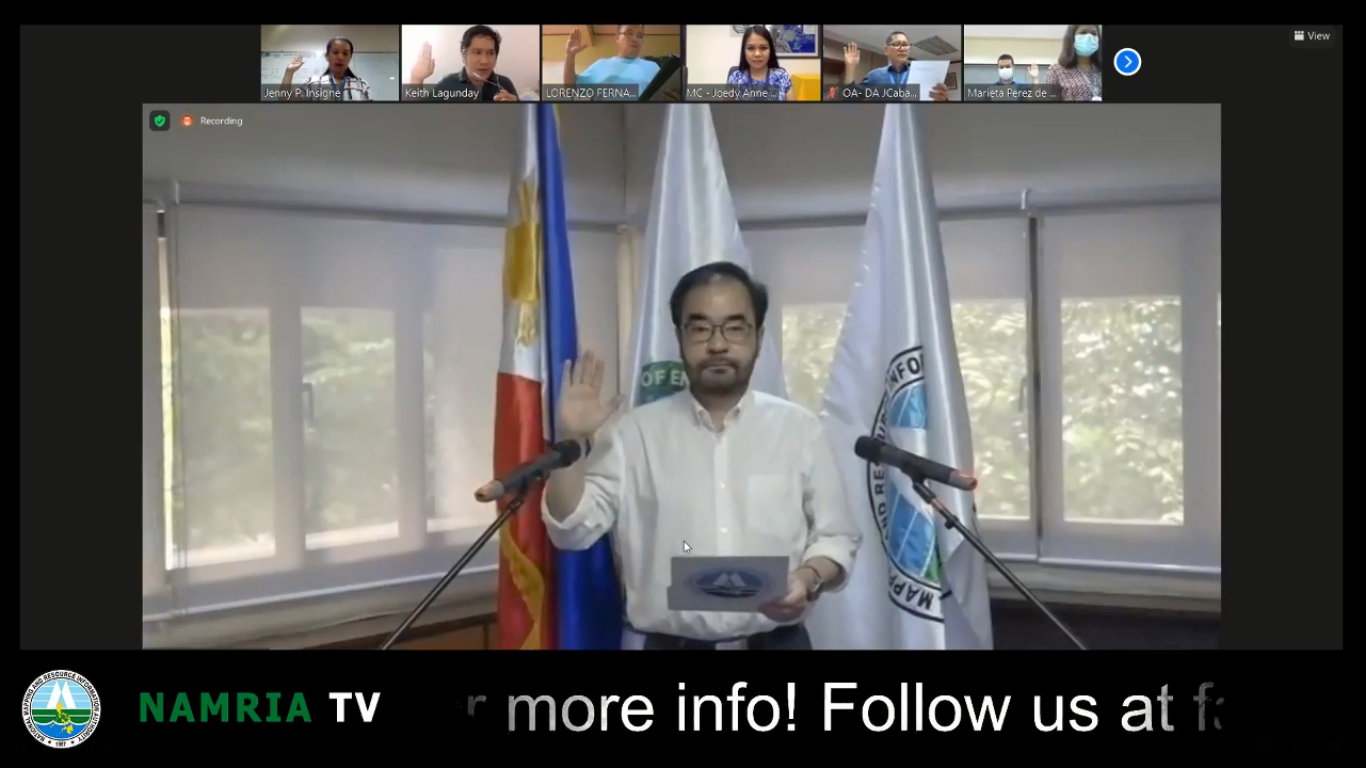 NAMRIA Administrator Tiangco administers the oath-taking for the
newly-elected and -appointed officers of the NPF.
In his report, NPF outgoing Chairperson of the Board of Trustees, DA Efren P. Carandang presented the accomplishments in the past fiscal year.  A total of five (5) board resolutions were approved for the following: (a) creation of the 2020 Election Committee, (b) grant of dividends to qualified members, (c) increase in the cap for loanable availments, (d) the NPF’s joining the Composite Documentation Team for the NAMRIA Housing Project, and (e) amendments to the NPF Constitution and By-Laws.  Deputy Administrator Carandang, together with the outgoing NPF Treasurer, Ms. Violeta A. Quiliza from the Resource Data Analysis Branch discussed the audited financial report.  As of 31 August 2020, the NPF has 414 active members coming from the five (5) branches of the agency. 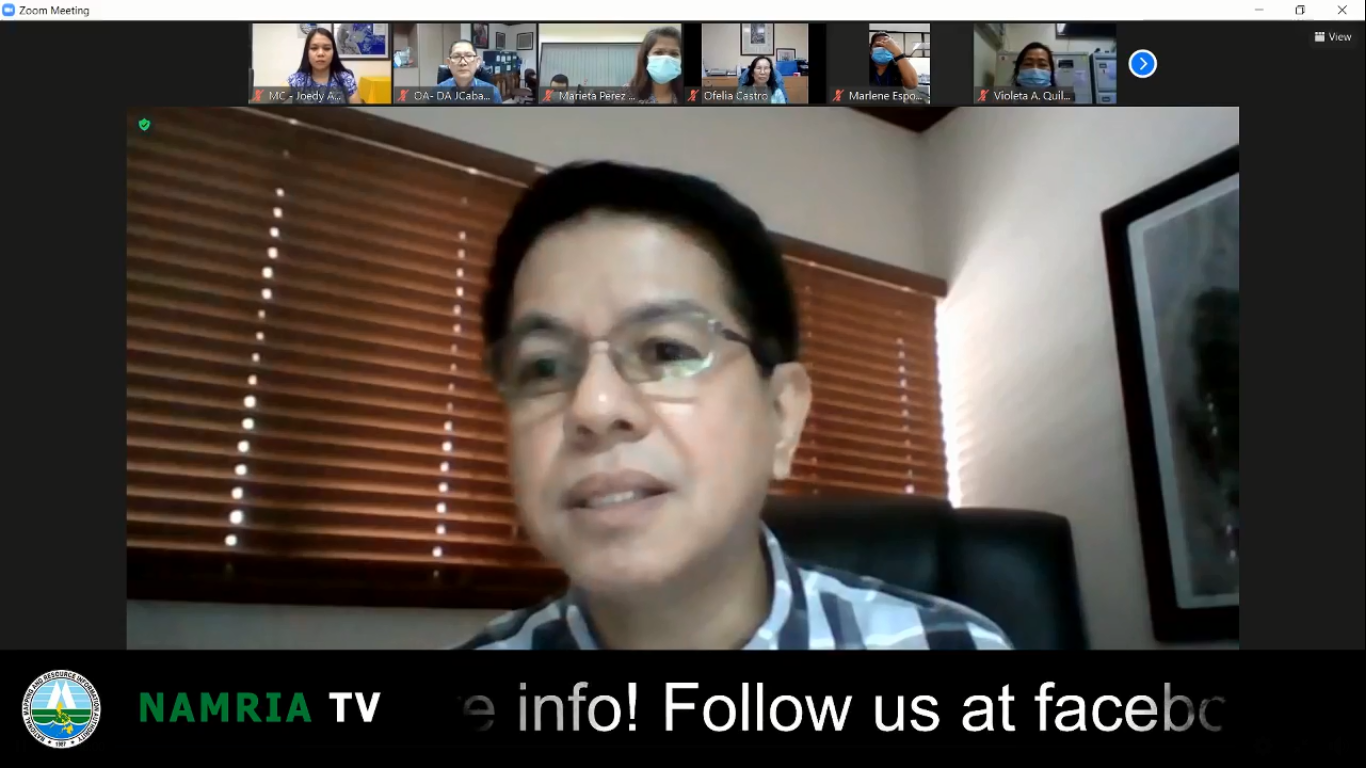 Deputy Administrator Carandang updates the NPF members on the 2019 accomplishments.
NAMRIA Administrator Tiangco, in his special message, congratulated the new leadership of NPF.  He recognized the organization’s best practices as a lifeline for NAMRIA employees in need.  He further noted the importance of implementing effective and proven strategies, as well as the development of timely innovations for NPF’s continued financial viability.  He also reassured his commitment and support to the organization. Deputy Administrator Cabanayan delivers his message as incoming NPF Chairperson.
NPF incoming Chairperson of the Board of Trustees, DA Jose C. Cabanayan, Jr., acknowledged the support and trust of management as he leads NPF in the coming fiscal year.  He discussed his planned portfolios for the incoming term, including the increase in net proceeds for loan availments of qualified members, as well as policies for additional loan payment options.